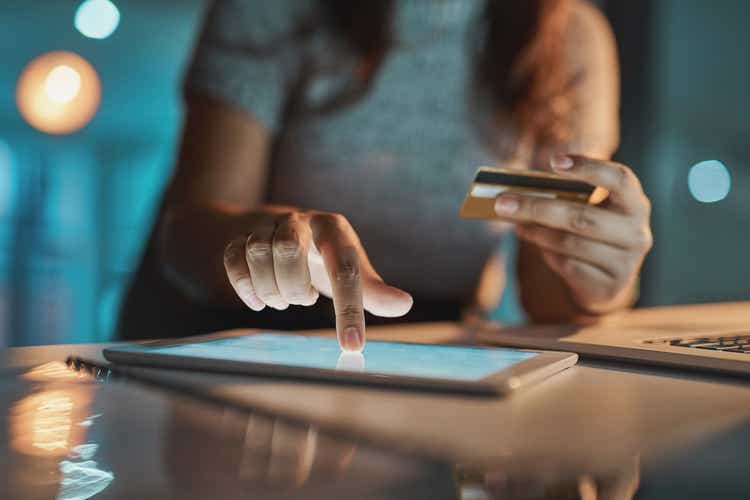 U.S. equities fell as the S&P 500 Index returned -4.60% during the period. The decline was driven by several factors including an aggressive hawkish pivot from global central banks led by the Federal Reserve (FED), persistent inflationary pressures and a spike in geopolitical tensions emerging from Russia’s invasion of Ukraine in February. U.S. economic data painted a mixed picture as the labor market continued to improve while inflation continued to rise. The unemployment rate fell to 3.8% in February, its lowest level since February 2020, while inflation accelerated further from already elevated levels as the February Consumer Price Index (CPI) rose by 7.9% year-over-year, the fastest annual pace in nearly 40 years. At its March meeting, the Fed voted to raise the target for the benchmark federal funds rate by 25 basis points, the first increase since 2018. The Fed reiterated additional interest rate hikes will be needed, and it will accelerate the pace of tapering, reducing its holdings of Treasuries, agency debt and agency mortgage-backed securities (MBS). Geopolitical tensions also rose significantly with Russia’s invasion of Ukraine, further clouding the global economic outlook and sparking a broad-based rally in commodities. On the COVID-19 front, while trends continued to improve in the U.S., a resurgence in China toward the end of the quarter led to regional lockdowns and added further uncertainty to the global growth outlook.

U.S. Treasury yields rose sharply in the first quarter with the front end of the curve leading the way, resulting in significant bear flattening. The yield on the U.S. 2-Year note climbed roughly 160 basis points during the period, while the yield on the U.S. 10-Year note rose roughly 83 basis points. The curve flattened further and threatened inversion beyond the 2-Year point toward the end of the quarter as the Treasury market rapidly repriced the Fed’s tightening cycle. Longer duration bonds underperformed as the Bloomberg U.S. Aggregate Bond Index fell 5.93%, its largest quarterly decline in more than 40 years.

Within the high yield bond market, the riskier segments outperformed as ‘B’s (-3.53%) and ‘CCC’s (-3.88%) outperformed ‘BB’s (-5.94%) with higher quality bonds bearing more interest rate risk than the lower quality segments of the market. From an industry perspective, Energy (-2.60%) outperformed led by the rally in commodities, while Communications (-6.60%) trailed the broader high yield bond market. Default activity remained very low by historical standards with only $1.6 billion of actual defaults during the quarter as the 12-month trailing, par-weighted U.S. high-yield default rate fell to a record low of 0.23% at the end of March.

The Aristotle Investment Grade Corporate Bond Composite returned -7.34% gross of fees (-7.41% net of fees) in the first quarter, outperforming the -7.69% return of the Bloomberg U.S. Corporate Bond Index. Sector rotation was the primary contributor to relative performance, while security selection was the primary detractor from relative performance.

Security selection contributed to relative performance led by holdings in Media & Entertainment and Automotive & Captive Finance. This was partially offset by security selection in Consumer Products and Diversified Manufacturing & Construction Machinery. Industry allocation also contributed modestly to performance led by overweights in Energy and Lodging & Leisure. This was partially offset by overweights in Automotive & Captive Finance and Retailers & Restaurants.

We believe three major themes have shaped the performance of corporate credit markets thus far in 2022: A more hawkish Fed, more persistent and higher-than-expected inflation and increased geopolitical risk resulting from Russia’s invasion of Ukraine. Despite the increase in uncertainty generated by these three themes, we continue to believe there are opportunities in U.S. corporate credit markets and maintain a positive outlook, especially for shorter duration high yield bonds.

The overall global macroeconomic backdrop has become significantly cloudier than it was at the end of 2021. While the Fed telegraphed tighter policy toward the end of last year, the Fed’s hawkishness so far in 2022 has caught the market by surprise and led to a rapid selloff, concentrated in the front end of the yield curve. With the Fed signaling quantitative tightening will begin in June, we believe there is the potential for the yield curve to steepen given the backdrop of a still strong economy and the extent of the repricing that has already occurred in the front end of the yield curve.

We also believe inflation risks could prove to be more stubborn than originally forecasted toward the end of last year. The impact of the war in Ukraine on commodity prices is just one example of how exogenous shocks have only magnified issues that could lead to stickier inflation. We believe consumers are already beginning to adapt their behavior to higher inflation, and the resulting rise in consumer inflation expectations could lead to more endemic inflation. In our opinion, there is a possibility that companies could eventually face a slowdown in topline demand as consumers’ discretionary income comes under pressure. For companies, the resulting pressure on margins and pricing power could push them to seek topline growth through more leveraged, shareholder-friendly policies.

High yield supply decreased more than we originally expected in the first quarter, and we believe issuance may continue to fall below expectations over the next few quarters. In our opinion, the opportunistic refinancing window for corporates is closed, thus the issuance that does occur this year could be used to fund share repurchases and mergers and acquisitions (M&A). We believe a shift from refinancing-related issuance to M&A and share repurchase-related issuance would be negative for credit market fundamentals. In the investment grade market, we also expect issuance to slow down, which would be positive on the margin for the supply/demand picture.

We believe overall risk, from geopolitical to credit risk, has increased significantly over the past three months. While we see these risks persisting in the coming quarters, we believe the best strategy to protect against these risks is to focus on credit fundamentals and segments of the market that, in our opinion, have already priced in what we believe to be a significant amount of risk, while seeking to avoid the segments of the market that could succumb to less balance sheet-friendly activities.

In our high yield bond portfolios, we continue to favor short duration high yield bonds, especially after the rapid repricing of the 2- to 3-year segment of the yield curve over the past quarter. From an industry perspective, we adjusted our portfolios to add exposure to companies that focus on providing consumer experiences rather than consumer goods.

While duration and interest rates are typically inversely correlated, duration has increased for many high yield bond benchmarks over the past quarter despite the large backup in U.S. yields. Before the increase in interest rates, many bonds had been trading to their call date but as interest rates have increased, these bonds are now trading to their maturity date. We believe most of this adjustment has already happened, and we continue to hold a duration underweight relative to the benchmark in our high yield bond portfolios.

With the reopening of the economy, we also believe there is pent-up demand for consumer experiences (e.g., travel and concerts), which could benefit companies in certain industries. Despite rising input costs, we believe some of the areas that may benefit are concert and event providers, conference-oriented lodging providers and airlines. As a result, we increased exposure to these areas, holding overweights in Media & Entertainment, Transportation and Lodging & Leisure alongside underweights in Technology, Telecommunications and Healthcare.

In our investment grade corporate bond portfolios, we continue to favor credit risk over interest rate risk and remain overweight ‘BBB’-rated credits and underweight duration relative to the benchmark. From an industry perspective, we only modestly adjusted exposure during the quarter.

The sharp backup in interest rates in the first quarter led to historically large drawdowns for longer duration, higher quality segments of the fixed income market. We believe a steeper yield curve could lead to further losses in this segment of the market, and we seek to maintain an underweight in duration. Despite the duration underweight in our investment grade corporate bond portfolios, the overweight in ‘BBB’-rated credits has helped keep the effective yield in our investment grade corporate bond portfolios above that of their respective benchmarks. Nonetheless, the overweight in ‘BBB’-rated credits weighed on performance in the first quarter as the credit spread on ‘BBB’-rated credits widened more than that of the higher quality tiers in the investment grade corporate bond universe.

Within our investment grade corporate bond portfolios, we added an overweight in Media & Entertainment driven by idiosyncratic factors. Otherwise, industry-level exposure was quite similar compared to exposure at the end of 2021. At the end of the quarter, we held overweights in Insurance, Transportation and Brokerage & Asset Management alongside underweights in Banking, Pharmaceuticals and Retailers & Restaurants.

In our strategic credit portfolios, we increased an overweight in high yield bonds while further increasing underweights in bank loans and investment grade corporate bonds. We also maintained a duration underweight relative to the blended benchmark as we have over the past several quarters.

Despite the relative outperformance of bank loans during the quarter, the deterioration in the backdrop for risk assets has led us to hold off on increasing exposure to bank loans, as we believe bank loans hold significantly more liquidity risk and credit risk than other segments of the corporate credit market. Instead, we increased our exposure to shorter duration, higher quality high yield bonds while reducing hybrid investment grade corporate bond exposure in our strategic credit portfolios.

As of March 31, the strategy was composed of 71.4% high yield bonds, 18.4% investment grade corporate bonds and 6.4% bank loans. Roughly 3.8% was held in cash. We held overweights in Lodging & Leisure, Energy and Transportation alongside underweights in Technology, Banking and Healthcare.

Editor’s Note: The summary bullets for this article were chosen by Seeking Alpha editors.