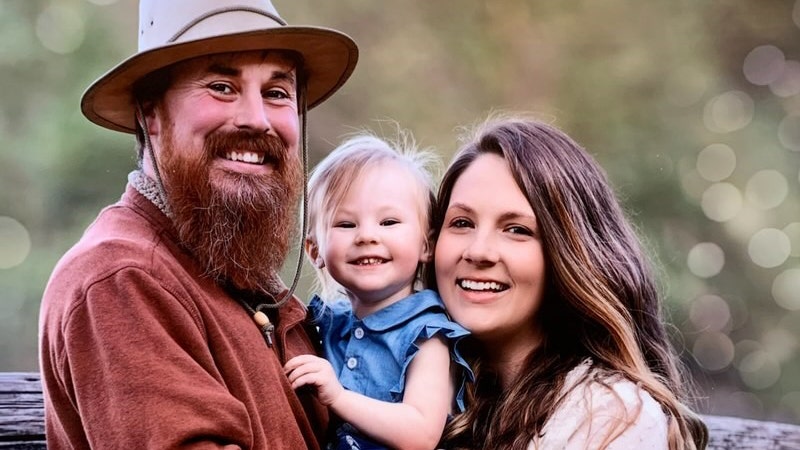 Imagine opening a new restaurant venture on your own farm and property with just one table and six chairs — and hoping to sustain yourself and your family that way, plus trusting in the power of the Almighty that things would go, and grow, from there.

That’s the “giant leap” of faith that Kelly Claggett and her husband, Brad, of Grove, Oklahoma, took recently after they “listened to God,” they said — and moved forward with an idea that was close to their hearts and minds and something they had long wanted to do.

It took guts, grit and a great deal of hard work to pull it off, especially in the middle of the COVID pandemic. But they did it. And they’re doing it successfully today.

“We spent so much time over the last several years just sort of watching everyone hold their breath … We were sick of living like that.”

“It really is just a dream that we get to do what we do,” said Kelly Claggett in a recent phone interview with FOX Business about her life today.

“That’s not to say that it’s not without hard work and struggle every single day,” she noted.

“But our main goal in all of it is this: We spent so much time the last several years just sort of watching everyone hold their breath. Everybody was waiting for the hammer to drop [during COVID]. And we were sick and tired of living like that.”

“People are still genuinely surprised when they come here and look around and say, ‘This whole beautiful space is just for us?’”

She added, “Our hearts just hurt over the fact that we didn’t see people just taking that deep breath.”

She said, “For us, people are still genuinely surprised when they come here and look around and say, ‘This whole beautiful space is just for us?’”

The Claggetts operate their business on a section of their 60-acre property in Grove, Oklahoma. They believe in bringing people together. (Claggett Family/The Local Farm to Table)

Claggett also said, “And when they walk through our doors, we say to them, ‘Please, do not rush. We want you to take your time and really value the people you’ve invited to the table, because they’re the reason you’re all here. You love each other and value your time together.'”

Claggett said that once in a while, some of their patrons will say to them, “We’re not getting the best connection” — referring to wi-fi service for their phones.

“You’re getting the best connection ever here — because you’re not fighting the rest of the world right now. You’re spending time with those you value.”

But Claggett said she responds to comments like these by refocusing her visitors on what matters most.

“We’ll tell them, ‘Actually, you’re getting the best connection here — because you’re not fighting the rest of the world right now. You’re spending time with those you value.'”

‘Lighten your load — take a breath’

Kelly Claggett said she encourages people to take their time during their special event, whatever it may be. She wants guests and visitors to relax and enjoy themselves, whether they’re coming for a dinner or for a longer special event.

The Claggetts with their young daughter, Autumn. “The table is an essential place for families and friends to gather,” said Brad Claggett. (Claggett Family/The Local Farm to Table / Fox News)

She said she tells them, “‘I’m here, I’ll help you with everything that you need me to do for you while you’re here on our farm.'”

“We’ve even had brides say to us, ‘Thank you for encouraging me to settle my nerves today.’ Whatever it is, we’re here to support people.”

“There’s just something about sharing a meal with people.”

Said Brad Claggett to FOX Business, “It’s all about the table. In a world where everything is a lot more rushed and more fast-paced — and we find ourselves caught in that, often — we wanted to create a space, especially my wife — and it’s our hearts’ desire to do this — where people can slow down and come back to the table.”

He added, “The table is an essential place for families and friends to gather, and just be together, share, share stories, laugh, cry, pray, whatever it is. There’s just something about sharing a meal with people.”

Shown here, a beautiful charcuterie board during a special event at The Local, their farm-to-table dining and special events business. (Claggett Family/The Local Farm to Table / Fox News)

Kelly Claggett also said, “And we’ve seen it not just for dinners, but also for company Christmas parties and weddings.”

She said an owner of a business wrote to her recently and thanked her for the comfort, relaxation and beauty that guests enjoyed at the Claggetts’ restaurant during a special event that business held there.

‘It’s been in our hearts’

Added Brad Claggett, “It began over a decade ago, for us. The first few dinner parties we held were just with friends, out on our property, for fun and our own enjoyment. We had a few ‘friendsgiving’ times, over a decade ago or so.”

“But it’s been in our hearts for over a decade now to do something like this — to create a space for weddings, dinners, gatherings, birthdays. And it took a solid 10 years before that dream, that idea, came to fruition.”

He noted that “in 2020, when we started it, we looked back and saw” how everything came full circle for them, he said.

The couple’s own wedding was in 2007 — just a small dinner party with friends and family at a cabin in Arkansas, he said.

“I realized that I wasn’t doing what God was telling me I should do.”

But something went awry, apparently, in communications about the food service, he suggested with good humor — and the couple themselves, dressed in their formal wedding attire, wound up having to go pick up the food and deliver it to their guests during their own wedding.

“That was really interesting,” said Brad Claggett. “So we ourselves” served the food, he said, to “all of our family and friends. Which is something we do now, in our own business.”

A ‘switch’ was thrown

Kelly Claggett described a moment six years ago, when her mother passed away, when something changed for her in the period of time leading up to opening their current business. It’s as if “a switch” was thrown, she said, “and I realized that I wasn’t doing what God was telling me I should do.”

She said that being part of the rat race was not something she wanted to do. She wanted to step back, reflect, pray — and create something that sustained not just her, but sustained others around her as well.

A special event in progress. “We decided to listen to God and go back to our vision of the dinners and the weddings on our farm,” said Kelly Claggett. (Claggetts Family/The Local Farm to Table / Fox News)

The couple started The Local, a food truck business, in 2018, “while we ran our first business and Brad finished his master’s degree in geology,” said Kelly Claggett. “After we had our daughter — and we waited years for her — we decided to close our first business to focus on our farm, family and food truck. Brad started teaching at North East Oklahoma A&M” as well, she said.

Then came COVID. “In 2020, COVID shut down all of our events,” she said. “So we decided to listen to God and go back to our vision of the dinners and the weddings on our farm.”

Under the circumstances, she said, “it was a giant leap … but we knew that this is what God wanted us to do.”

“We did as much as we could ourselves, but we also had the help of brilliant trades people and couldn’t have done it without any of them!”

In August 2020, “we started with just one table and 6 chairs down in the trees with lights — and really nothing else. We booked about 6 meals or parties a month, of 2-10 people each time out, on weekends.”

Kelly Claggett said that in August 2021, she and her husband “decided to remodel our barn with a contractor friend and our dad, Dave.”  (Claggett Family/The Local Farm to Table / Fox News)

Then, “we outgrew that space. In August 2021, we decided to remodel our barn with a contractor friend and our dad, Dave. We did as much as we could ourselves, but we also had the help of brilliant trades people and couldn’t have done it without any of them!”

The couple booked their first wedding in October 2021. Their business, since then, has been steady, with 15 events or more a month.

‘One person can make a huge difference’

From 2020 to 2022, their business “has doubled in the amount of events [we do] every year.” Regarding employees and help, they have anywhere from 2 to 6 people working at one time, depending on timing and the events at hand.

In terms of specialty dishes, they enjoy serving beef, sourced locally from Hardesty Cattle Co., which is “about 10-12 miles from us,” said Kelly Claggett.

“We can’t stress enough that when [people] support a business like The Local Farm to Table, they’re also supporting other businesses.”

The Claggetts serve a “roast beef in a red wine reduction sauce, with roast potatoes, carrots, green beans and bread,” they said.

They also serve a whole herb roast chicken — plus a chocolate tart with berries.

GET FOX BUSINESS ON THE GO BY CLICKING HERE

“We try to get all of our supplies as local as we can to our area and support our other local businesses,” said Kelly Claggett.

She also addressed the issue of rising prices today.

“With the cost of everything still on the rise, we understand that it’s difficult to budget for an evening out at a private dining venue. But our local ranchers, vegetable growers and suppliers are doing everything they can to keep prices as reasonable as possible,” she added. “Our venue will keep our prices the same for now.”

“That doesn’t mean we don’t feel the squeeze,” she said. “We all certainly do! We also can’t stress enough that when [people] support a business like The Local Farm to Table, they’re also supporting other businesses.”

She concluded, “One person can make a huge difference in keeping a community going.”